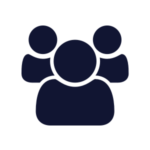 Strong leadership stems not from a fearless heart, but instead from a heart that feels fear intensely and perseveres regardless.  Without a great coach, even the best athletes have no hope of winning a championship. 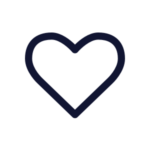 Family comes first for us, as it likely does for most people. But, we also realize that we’re committed to family legacy more than we are to family leisure. 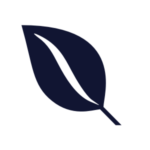 THE HABIT OF HEALTH

Life has a balance to it,  and the habit of staying healthy, mentally, physically, and spiritually, works hard to keep that balance intact through healthy, sustainable practices.

Success, in any endeavor, is counter-intuitive.  It requires faith.  However, faith without works, is dead.  The best way to exercise faith is by giving time, money, energy, and love, even when it is not convenient. 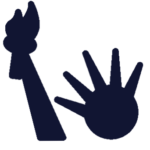 Freedom is more than financial. Control of thoughts, emotions. and faith enable us to become complete in all areas of life, so that we can all live the life we were designed to live

It seemed that they had it all figured out. A newly married couple with degrees under their belts and their eyes set to the sky, Kelley and Jennette, felt that they could accomplish anything.

Their ambition far exceeded their circumstances. They were living in their first home in Bedford, Texas where Jennette was an elementary school teacher just getting started in her career. Kelley, after nearly 9 years of college and 4 engineering degrees, was six years into his career and under the impression that this was going to be the path to his success.

Yet after leadership courses, programs, and incremental promotions, he came to a crossroad. It looked as though the only choices ahead were chasing the executive path, sacrificing time and family moments to climb the corporate ladder, or settle for “joe average engineer” keeping the predictable schedule and pay and gaining the badge of “silent sufferer” as his potential lay dormant.

Kelley, with great ambition, wanted to choose how he spent his time and deep in his heart he knew he was meant for more in life than an 8 ‘x 8’ cubicle. It wasn’t until a fellow engineer introduced Kelley to couple who had ditched their day jobs for raising their two girls and calling their own shots that the lid was taken off of the box in which he found himself. One door opened and a new chapter began for the Bremers.

Their pursuit of mentorship led them to Orlando, Florida where they reside today. They are the proud parents of three young children. Kelley and Jennette successfully gave up jobs for their pursuit of happiness. They invest their time in serving others and provide mentorship to those with similar vision for the future as entrepreneurs and proud Americans.


Kelley and Jennette are now full-time husband and wife, parents, and business partners. Their passions revolve around making a positive impact in peoples lives around the world and raising up the next generation to lead in their own families and communities.

OBSERVE THE MASSES AND DO THE OPPOSITE