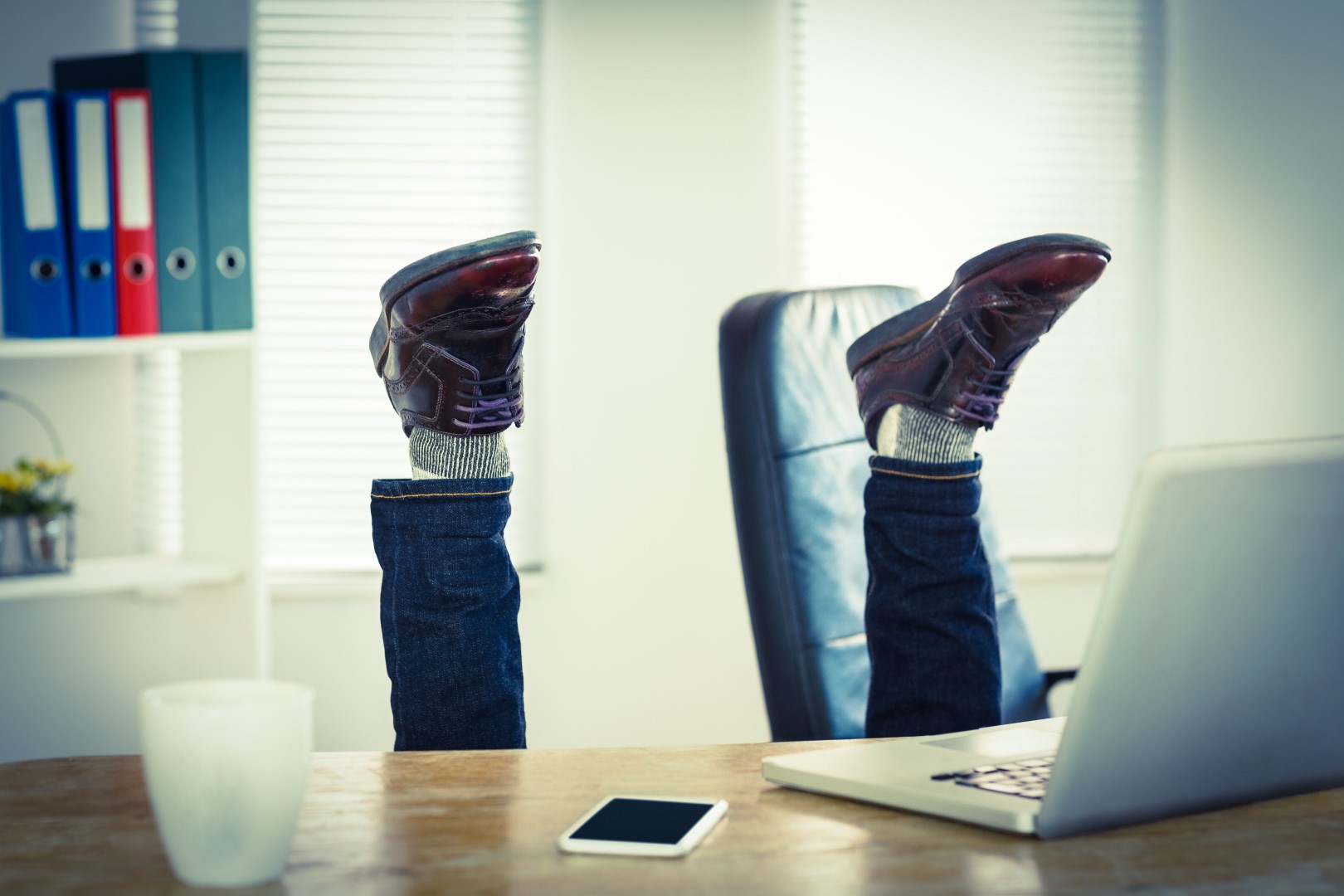 The last several years of life have revealed so much to my wife and I.  In the early days, we struggled to get our business up and running.  However, we figured it out, overcame fears, and persevered through struggles to accomplish some significant goals.  Of course, then life hits in a way that is never expected.  Suddenly, the lessons that we didn’t learn on the way up, were made very clear to us on the way back down, as we wrestled to find our footing from poor decisions, complacency, and lack of vision.

God knew there were some lessons that needed to be learned before really trusting us with the level of success and prosperity that he had in store for us. Thankfully, we were able to learn those lessons, and now we look back at the last several years, thankful for the losses, thankful for the struggles, and thankful for the perspective we have gained through experiencing the pain.

We have not arrived, but as I look back over those years, having since helped hundreds of people realize their potential, I reflect on some of those things that may have slowed us down at times, and the things I see slow others down.

With that, I want to give a list of 13 reasons why I see people struggle.  These are in no particular order, and the list is certainly not exhaustive.  They are simply a few things to be aware of, as they could be pitfalls in your journey toward a fulfilled life.

Being Lazy Minded
We live in a world where information is poured into us at a click of a button (or through an algorithm) whether we want it or not.  We are barraged by content from sources that may not always have our best interest in mind, telling us what to believe, who to follow, how to feel, what to buy, and where to go.

I love helping people learn to trust themselves and their own decision making.  I love teaching them that their mind is incredibly powerful, and that answers can be found by allowing your mind to go to work on the solutions.  However, in order to do this, we need to actually slow down and think for a change.

The next time you have a question you need to get answered, or a decision that needs to be made, don’t just turn to Google, the news, or your favorite relative.  Take some time to consider all the options for yourself.  Slow down for a moment, silence the world around you, take 15 minutes, and allow yourself to think.  Expect that answers will come to you.  Switch off the lazy-mindedness, and start being a truth seeker.

Now, imagine that your friend comes along right after you.  He puts a dollar in the machine.  The machine gladly produces a soda for your friend.  However, since you walked away, he also received 90 cents in change.  He was willing to pay the full price and he reaped the reward…plus the change!

Procrastination – Waiting Until The Time Is Right
When I was young, procrastination was my nemesis.  It came in the form of last minute school assignments, rushed projects, all-nighters, and poorly executed tasks due to lack of time invested.

I find that people who tend to have things come easy to them fall victim to this plague quite frequently.  When we procrastinate, not only are we avoiding the task, but the failure is compounded by the guilt we feel when we know what we should be doing.  This creates higher levels of stress and overall lower well-being. The time we could have spent starting, is now spent in a state of stress, waiting for the time to be right.

How much time, money, and emotion have you wasted waiting for the right time to start?  I’ve found that there is almost never a right time to start anything.  The true right time is now.  It is the time that is presented to you.  We must choose to be proactive, not reactive. Sometimes it is just best to put yourself in motion and stop waiting.

Change forces you to be flexible, which lends to adaptability.  It helps you to appreciate the things that you may have taken for granted.  It brings about new opportunities with a new perspective and a renewed spirit.

Excusitis – Unwillingness to Take Ownership
This is a term that I first heard of in a book entitled “The Magic of Thinking Big” by David J. Schwartz.  Our world is full of people that are making excuses, as it is so much easier to blame someone else, blame a situation, and not take ownership.

We had to learn to turn our excuses into reasons.  For example, we have three children.  Instead of making our children an excuse as to why we couldn’t succeed, we made them the reason why we needed to change something in order to succeed.  Excuses are easy to make.  What separates us are the choices we make despite the reasons that appear to hold us back.   Whatever excuse you have, there is someone in this world with far worse circumstances.  However, they’re still winning because they are making choices, not excuses.

Lack of Good Association
We are a sum total of the people we hang around the most.  The most powerful thing you can change in the world is how you see yourself (your identity).

However, we must also be very aware of negative associations.  At times, we need to get rid of people who bring us down.  Only 10-20%  of people are out to cause you harm. There was a short period of my life where I had to distance myself from these type of people.  Eventually, my will to win, and my other positive associations, became so much stronger that I was less concerned about their influence over me.

Failure To See The Rut You Are In
The definition of insanity is doing the same thing over and over again, and expecting a different result.  This could be in your job, your relationship, your finances, your leadership, or your communication style.  Bottom line is that nothing changes if nothing changes.  It’s ok to do the same things over and over again.  It’s ok to be in a rut.  Just don’t be in the rut thinking that you are actually doing something to get out of it.

Lack of Vision/Purpose
Short term thinking is making decisions based on comfort.  When we find ourselves saying statements like “I don’t feel like…”, then it may be time to strengthen your vision, and find a bigger purpose for what you want in life.  That said, whoever told you that feeling was the most important thing? Typically lack of vision leads to lack of self-discipline. I’ve learned that if I wait until I feel like doing something to do it, it will never get done.  However, if I just do it, because I have the vision, then it’s funny how I begin to actually feel better about it.

Lack of Faith
Fear and faith cannot coexist.  This doesn’t need to just be a spiritual faith.  Faith is an action word.  Belief is knowing that something will produce the desired end result.  However, FAITH is taking action on that belief.

Picture a stool with 4 legs.  You place the stool on the ground in front of you.  It’s made of wood, has a cushioned seat, and appears to stand very stable on its own.  Belief would be looking at the stool, and feeling confident that if you sat down on it, it would hold you up.  Faith is actually sitting on the stool.  Likewise, a dream without faith, without action, is just a wish.

Indecisiveness
The inability to make decisions is centered around an unwavering “What-If” mentality.  What if I’m wrong?  What if there is a better option?  What if it hurts?  What if I make a decision and another better opportunity presents itself?

Are we really waiting our whole life wondering “What if”?  What if you’re right?  What if the grass is greener right where you’re standing? Everytime you ask yourself a what-if question, ask it on the other side as well.

Selfishness
We are all a little selfish, by nature.  We are all a little egotistical.  However, it’s the ability to take that selfishness and still serve despite our feelings of selfishness.  I have discovered in my life that if I take my eyes off myself, and go serve others, my personal challenges seem to diminish.  Zig Ziglar was known for saying that “If you help enough people get what they want, you automatically get what you want”.  Wherever you have a problem of your own, take your eyes off yourself and go serve people.  By helping others solve their challenges, you end up solving your own.

Taking Things For Granted
There’s an old 80s song by Cinderella entitled “Don’t Know What You Got (Till It’s Gone).   Sure, the song is about an estranged relationship.  However, the title of the song says so much.  Many of us have so many great fortunes at our fingertips.  Just the fact that we can live in a free country and have the ability to explore free-enterprise is a gift in itself.  Add on to that the people God put in your life, the opportunities he placed in front of you, and the doors he’s opened.  The past is history, the future a mystery, enjoy the present because it is a gift.

So, at this point, it’s time to take a self-assessment.  Are you susceptible to anything listed in this message?  If so, what can you do to minimize the impact of them?  What can you do to change?  In my experience, I have found that simply being aware of my potential pitfalls, I am less likely to remain susceptible to them.  By keeping them in the forefront of my mind, I am  reminded that they exist, they are present, and they can hold me back from becoming the best version of myself.

Tips to Get Your Kids Involved In Winning At Home

Why What We Say Matters